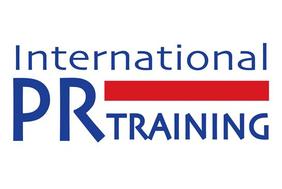 Interviews are never a conversation. Done well, they look and sound like a conversation, but they are business communications. In the crowded marketplace, it’s vital that these opportunities are seized to ensure your voice is heard.

In this one day course you will explore techniques for preparing your spokesperson to deliver effective media interviews, including on broadcast and social media. You will learn how media interviews, if effectively delivered, boost the positive narrative of your organisation by the effective delivery of key messages.

In this highly interactive course, you will also practise techniques for determining in advance the negative lines of questioning - and preparing your spokesperson to deal with them.

And in situations where you are under fire, what are the techniques of aggressive interviewers and how should we prepare the spokesperson for them?

​​About the TrainerDonald Steel is a specialist in reputation, media relations and crisis management.   He is a former presenter on BBC and commercial radio.  He was for 11 years the BBC’s chief media spokesman. London-based, he works across with companies, organisations and government departments across the world on media techniques and crisis communications.He began his career in Britain’s National Health Service and currently advises a leading private hospital and a specialist HIV hospital in London, as well as several air ambulance services. His clients also include one of the world’s largest hotel groups, where he trains senior executives in media interview techniques.  Recent appearances include New York, Toronto, Sydney, Rome and Athens, and he is a regular visitor to Singapore.  He is a Fellow of the Chartered Institute of Public Relations and of the Royal Society of Arts.

Register For Course
View on Mobile